Mistress turns off guy by farting on him

This mistress knew she needed to do something she had never done before to a guy and so she tried fart fetish on him. The mistress turned on a guy with her hot ass and when he wanted to fuck her, she turned him off with her farts. The mistress laughed as the guy was pissed off and he did not want to fuck her anymore. She got what she wanted.

Goddess Amirha loves to challenge herself and today she wanted to find a painless way to torture a guy and she found one. The mistress used her farts to do it. She had tied this guy to a chair and she teased him. That alone was torture as he could not get what he could see and he was dying for it. But then she farted and he was a little turned off but then he could see that ass. He was conflicted and that was torture in itself.

Mistress Gaia chose to fart on this loser for her own fun. She did not have any other reason to dominate and to torture him other than having fun at his expense. She did it slowly as she had all the time in the world. She had taken leave from work and she wanted to enjoy herself and unwind. The mistress had fun getting her ass and her farts smelled by the loser.

Mistress Madison forces guy to lick and smell her farts

Mistress Madison asked this guy to lick her ass and smell her farts but the guy did not do it. She was pissed and she chose to force him to do it. She was planning to reward him for it if he did what she asked. But he did not want to do it so the reward was not on the table anymore and instead there was forcing him to do the things she wanted.

Goddess Amirha did not like how rude this guy was to the old couple that was everyone's favorite neighbor on the block. She had to stand up for them and she did. She humiliated him using her farts. She tricked him to go to her house and she turned on him. She tied him up and she smothered his face with her ass then she farted on him as she facesat on him. 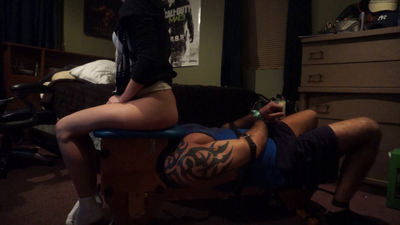 Mistress Roberta caught her slave looking at her ass and she was angry. He was a slave and he was not supposed to look at her in a sexual way. She had to teach him never to do that again so she farted on him. She did it while facesitting on him. Mistress Roberta told him he was only good for licking and smelling her stinky farts and nothing else. Mistress Jessie likes to discipline people who mess with her. This guy did something she did not approve of and she could not keep quiet about it. She had to give him a piece of her mind. She cruelly trampled him with her ass. She sat on his face and besides choking him and the obvious pain he felt, she also farted on him. She laughed at him as she saw how tortured and humiliated he got. 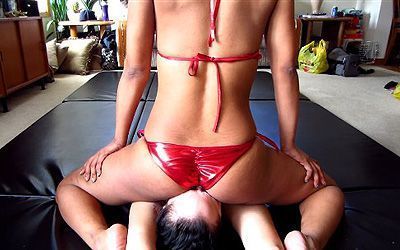 This mistress was angered by the fact that this girl was trying to undo all she had done. She tried to reason with her but she did not listen. The mistress was left with no choice but to punish her. And she did so cruelly. The mistress forced the poor guy to lick her ass as well as to smell her farts. It was a cruel way and by the time she was done with her, the girl wished she had listened to her.

Mistress Teodora was told by her friends what to do to this loser. She was the only one who did not know how to humiliate a slave and was also reluctant to do it. Her friends brought a slave for her to torture and they gave her instructions on what they wanted her to do. They made her use her denim to facesit on him and fart on him too.