All articles tagged with "Abuse"

This guy was a nosy neighbor and he was always sticking his nose where it did not belong. Mistress Niki and mistress Mini had to find a way to deal with him as he was becoming a pain in their ass. So they turned him into a fart slave as a warning. He had to change or else it was going to be worse than what they had just done to him.

Mistresses trick guy and fart on him

Mistress Nikki and mistress Sara were bored at home and since they did not have much to do, they chose to trick this guy and fart on him for their own fun. He was gullible enough to fall for their tricks but that was because they teased him while naked and he got turned on by their hot bodies and he agreed to smell their farts but it did not end the way he had hoped it would.

When this mistress won a bet against her friend, she made her smell her farts as they had agreed that the winner could do whatever she wanted on the loser. Her friend had thought that it would an easy thing but when she was told what she had to do, she could not believe it and even tried to buy her way out of it but the mistress remained firm.

Princess Nikki and her friend mistress Sarah used the fact that their neighbor was interested in them to turn him into a fart slave. He was so excited when they invited him to their house and he thought that his patience and persistence had paid off. But he was shocked when he was turned into a fart slave. But at least he had fun being close to their pussies and asses especially without their underwear on.

Mistress Kaylee had a disagreement with her slave and she had to come up with a toy to make him have more respect for her and also follow what she told him. The mistress used her farts to do this. It was not painful but she knew it would do what she wanted and that is why she chose to dominate him with the farts. He was shocked and scared and he learned to obey her.

Mistress turns off guy by farting on him

This mistress knew she needed to do something she had never done before to a guy and so she tried fart fetish on him. The mistress turned on a guy with her hot ass and when he wanted to fuck her, she turned him off with her farts. The mistress laughed as the guy was pissed off and he did not want to fuck her anymore. She got what she wanted.

Goddess Rachel had asked this guy to do some work for her but he did not do it as well as she wanted. She was so angry at him especially when he demanded payment for what he had done. The mistress had to come up with a suitable payment for him given the circumstances. Goddess Rachel preferred to use her farts to pay him and that is what she did.

Mistress Emma shocked as boyfriend agrees to smell her farts

Mistress Emma was not in the mood for sex and she wanted to avoid having it with her boyfriend. So she told him she had a bloated stomach and she could not. He told her he did not mind. So she farted and he did not seem to mind. And she told him to smell her farts and he did. She was shocked but it was also a turn on. 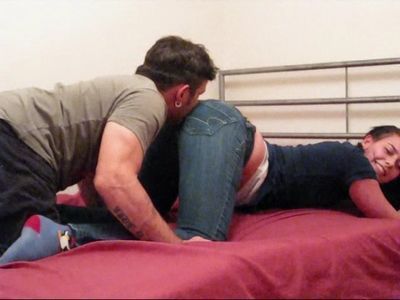 Goddess Greta uses farts to get guy to lend her money